Recently I had the opportunity to speak at a couple of conferences.  In both cases, the audience was very different than what I was used to.  I spoke of the different levels of engagement and the lack of bribery in this recent post.

After my positive experience with post secondary audience, I moved into a whole new world… my associate faculty position at Royal Roads afforded me the opportunity to volunteer to sit on a panel that would present at the Canadian Public Relations Society conference.  Turns out…this was kind of a big deal.  Keynote speakers Anna Maria Tremonti and Silken Laumen. Several hundred delegates. A four figure registration fee. I was going to the Show….

The panel’s topic was “Communicating in a Brave, New, Fragmented world”. My 10 minute section was to offer commentary on the upcoming generation, and how they will fit in to this Fragmented world.   Generally, I have a good idea what I’m going to speak about, and with just a few notes I can speak extemporaneously for rather a long time.  However, there was a certain amount of pressure, real and imagined, to script my 10 minutes more carefully. To that end, I have  a pretty full copy of what I presented, and thought I might just as well turn it into a blog post about my experiences.  I’m also including links to some of the references I made, should anyone from CPRS find themselves here, and wonder what I was on about, actually.  Comments, as always, are open…

I’d like to share some reflections with you about the future.  In this case, the very near future, the next wave of consumers, employees, voters and innovators. Fragmentation is a very apt word for youth today. The upcoming generation has been referred to as Generation Z.  Comparing them to the Environmentalist Generation X’ers, or the Social Change/Occupy Y’s, they seem, as a whole, very disconnected, lacking in engagement.   I don’t call them Generation Z, I have a pet name for this generation.    They have also been given the sexy-sounding handle the “Digital Natives”, but I call them “Generation Meh”…the “It’ll do” generation.

I’d like to first tell you why I think the Digital Native handle is a false one.  It suggests that kids born after the invention of the iPod are somehow hard-wired to instantly understand digital media, to interact with fluency anything computer related.  You and I both know that if you want your new cell phone programmed, the most efficient thing to do is find a 12 year old, his name is probably Tyler, and he will fearlessly add your contacts and install apps.  Not because he is super evolved and “smarter” than us, but because he (or she) is Fearless. The fearlessness is Authentic. The perceived ability maybe isn’t.

What are some of the biggest cultural icons on the Internet currently?  Memes and Mash ups.  Had I a few more than 10 minutes, I would have played “The Honey Badger” for you, or shown you Science Cat, or Rage Face. This is content that is shared and re-purposed and re-shared, over and over again.  The nature of the meme is that you already get half the joke….knowing that poorly spelled words written in Impact font heralds another captioned cat picture. So if creativity comes in the form of “borrowing” the work of others, what importance does Generation Meh place on Authenticity and Trust?  How is their Code of Ethics being formed?  It’s pretty clear that the advent of Creative Commons addressed sharing, and encouraging collaboration, but what about originality? The short answer is, this generation is less concerned about leaving a creative legacy than the rapid fire process of build, share, move on.  This tendency is reflected  in the reputation this generation has for being hyperactive, and having no staying power.  However, I would suggest that is not the entire truth viewed as it is through the filter of fragmentation.  In my experience, as difficult as it can be to get my charges to remain focused on a learning task, they will kill zombies, build virtual farms or race shopping carts with unflagging devotion for hours a day. Not that they are hyper… they don’t care about the same things we think they should care about.

So, if authenticity and trust look different to them, what of our last value word, Relationship? As you consider how to get messages to this upcoming generation, this group of lackadaisical, hard to engage, plugged in and app-obsessed youth, you might consider how they form relationships, and how they relate to the world around them.  These kids were raised by parents terrified of chatroom miscreants and who were constantly admonished that you can’t trust everything you see on the Internet, yet Gen Meh makes no distinction between their “real” friends, and their Facebook friends. The use of text-based communication between friends, virtual or otherwise, adds another layer of disconnect between generations, although this is no different than any other “secret language” used by teenagers throughout history- they aren’t impressed in the 60s “when a square uses a word like groovy” just to try to get on their level.  Yet, when their references spill into pop-culture, they feel validated, rather than co-opted.  An example might be when the Internet phenom youtube song “Friday” by Rebecca Black created such a stir she was interviewed on Good Morning America.  Suddenly, youth saw “their” culture hit the mainstream, and a new level of mash up was achieved.

So your challenge, then, as I see it, is to build relationships with this next group, to weave your way through the fragmentation in avenues of trust and authenticity.  My advice would be this: Know and appreciate what they value. It’s easy to dismiss World of Warcraft as “just a game”, but very real relationships, lessons of strategy, cooperation and diligence are played out in that arena.  You are going to need to form relationship on their level… or at least create an app for that…”

I found this image that I had wanted included on the powerpoint, because to me this single image speaks volumes about this generation.  Fragmented, mobile, click-speed information.  Ironic that the communications expert on the panel vetoed this image in favour of a traditional set of text-bullets.  Maybe mine was a message that needs to get out…. 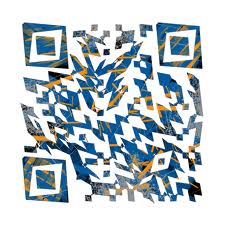 More authentic, or more jaded? »
« THAT’S what I’m talking about.